I have been absent lately. I’m sorry. But I’m going to try and write more again, and the first thing I’ll do after my brief hiatus is one of my favorite types of posts: a bad movie idea. 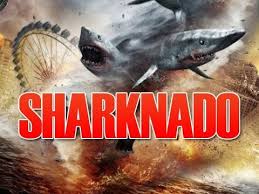 You see, I have this super power that allows me to quickly turn most anything into a really awful, yet awfully believable, movie idea.

A bad movie post is also very appropriate because last year I made four very beautiful (and disturbingly realistic sounding) bad movie ides for the holidays. This time, there is no theme besides being a movie that is sad and sadly realistic. I give you

Raymond Eugene Cornelius (working name, I’m sure producer’s would want to pick something sexier) is a happy-enough New York man who is average in most every way; he’s in his late 20’s, been through some relationships he views with a mix of nostalgia and slight pain, works a decent job that affords him enough to survive and, occasionally, indulge. The only thing that seems to set him apart — and something he prides himself on — is his name, which is unique from start to finish.

Or so he thought.

One day while joking with a friend, he decides to google himself. Only when he googles “Raymond Eugene Cornelius” the person who comes up isn’t him; it’s another man located just north of New York. This other Raymond is a few years older, with a life that sounds more exciting and — gasp! — unique.

The discovery of this second, and in some sense original, Raymond Eugene Cornelius throws our protagonist into a spiral of depression and shame. The thing he had prided himself about most was his name, his very identity, and now he has discovered that someone else has possessed this aspect of him (and more) his entire existence. In a way, his being is a shame. So, of course, he decides to take action.

He decides the other Raymond Eugene Cornelius must die.

Raymond 1 travels to this other city and stalks Raymond 2, planning what he’ll do to this man who has stolen so much from him — only to discover the man he has come to kill is, by all accounts, a great person. Raymond 1, using an alias, befriends Raymond 2, and slowly learns his nemesis is a pediatrician who volunteers at the local homeless shelter and is a devoted single father of two. Suddenly, Raymond 1’s plans are thrown into chaos as he realizes he loves  (whether platonically or romantically will depend on whether the Director wants an Oscar or not) Raymond 2, the man who stole his identity.

Raymond 1 battles his feelings, but eventually he decides he can live in the shadow of this other man, and if he wants to be an individual he should strive harder.

Unfortunately, the world has other plans.

In the climax of the movie, Raymond 1 is confessing his story to Raymond 2, who is shocked but also expresses how he reciprocates Raymond 1’s feelings; he says that, even though Raymond 1 only associated his uniqueness with his name, he possesses so many other virtues (which I haven’t really figured out yet, as the basic plot makes Raymond 1 pretty blatantly a psychopath). Raymond 1 flees afoot, ashamed, and Raymond 2 follows. As Raymond 2 is in the crosswalk, he hears a horn and the sound of wheels turning that he had missed: a semi-truck is coming! Raymond 1 turns back in time and observes the danger his friend is in, and desperately pushes Raymond 2 out of the path of the speeding vehicle.

Raymond 2 recovers from his fall and goes to Raymond 1 (this is getting confusing), finding Raymond 1 is dead.

And so it goes that Raymond 1 dies saving the man who, until that moment, he had blamed for his lack of identity, and, for the first time since Raymond 1’s birth, the world does indeed only have a single, unique Raymond Eugene Cornelius.
_________

Next up: Pygmali-her, about a woman who voices an advanced OS and falls in love with her phone-self.

And hey, maybe this sounds a bit ridiculous, but I want you to think: is this more ridiculous sounding than movies like Her, about a man who falls in love with his phone’s OS, which is getting a number of prestigious nominations? Really?  Not really!

Spike Jonze, I look forward to your call/email/hastily scribbled post-it note asking me to be your new idea guy.

As spring has progressed, I have made an exciting, insightful, and terrifying discovery; I live in a place popular for film shoots. It all started two months ago, when a film code named “Iron Side” was scheduled to be shot in my very own apartment building. Another movie had a shoot in my neighborhood later, called Animal Rescue, which apparently has Tom Hardy and other stars, and there have been shoots by Adidas. All in all, there’s been a film or photo shoot here for something very well known in my neighborhood — literally using the road in front of my apartment building and the surrounding streets — every week for over a month.

Excuse the bad photography; I took them all myself and I have no eye for ’em…

Having so much filming originally seemed like it would be amazing; who doesn’t want to live near the center of Hollywood action? Iron Side ended up being the phrase that the Spider Man 2 team was using so it wasn’t so well known where they were. But there have been issues, especially for myself and my roommates, people who live on the top floor of the building that apparently is the must-film location of the summer!

Spider Man 2 caused the first problems as soon as they began filming, because they filmed on my roof (AKA my ceiling). They started at about 6:30 AM and had no qualms with being as loud as they pleased. They slowly packed more and more stuff into my hall until they literally blocked my door  that afternoon, because they had no idea anyone even lived there, and my friend had to tell them politely to make a path.

A few weeks later, I got home in the afternoon and decided to take a nap, only to discover that another, smaller movie was filming on my roof, this time with a chainsaw. Needless to say, my only solace was slamming pot lids together to irritate them (I’m so mature).

This last Saturday, Spider Man 2 returned to filming. The good news is they were not on my roof this time; the bad news is they were blocking off the street in front of my building since it’s apparently so photogenic, and they had taken all the parking spaces in a three block radius. When I made my way down the street towards my apartment that morning, a woman in a green coat with a radio asked me to move out of the road. I simply walked out of the road but didn’t acknowledge her, clearly a bit perturbed, but my boyfriend looked her squarely in the face and said that people lived here and she was disturbing them. She said nothing.

We left again a bit later for a walk around the park near my home, and when we returned they were still filming. As we approached my building the same woman was there, and, this time, with a little less enthusiasm, she told us that we couldn’t use the street. Again, I said nothing, and this time my boyfriend said less but made her aware, again, that she and the crew were an unwanted presence.

Throughout the day I watched them below me, and while I tried to remain passive I couldn’t help but let a bit of derision enter my voice whenever I thought of them. These people had come here, without my permission, without asking me, for their own personal gain; envy and hostility were pretty well warranted. When rain started pouring so much that a flash flood alert came up on my phone, and the film crew below scattered to the safety of their tents, I will admit I reveled in their misfortune a bit.

Later that day, I left for yoga and parted with my boyfriend. After I got back from yoga, I encountered a man blocking my street, because, much to my chagrin, filming had resumed when the rain subsided. He tried to stop me feebly, but I cut his, “We’re filming this way” short with a terse “I live here.” As I progressed, that same woman I had seen twice before was there again, guarding the street south of mine. As I passed she feebly asked, “Are you going to 135?” and I ignored her, not making a sound, my face a mask of ice.

It wasn’t until I got inside that my feeling of triumph was replaced by shame; her voice hadn’t had any edge to it, or confidence, it was the voice of someone who was defeated. The truth of, for every person like me — walking by without acknowledging her — there were probably people who verbally berated her for merely doing her job. She was just as innocent and irritated as I was. It wasn’t even the filmmaker’s who necessarily caused this; places like DUMBO offer incentives for people to film there because it makes them more exciting and can help local businesses. The people who own my building probably also got paid directly to have films shot here, and just chose not to inform their tenants or give them any breaks in rent despite making money off our inconvenience.

After hearing the dejection in that woman’s voice, a post that was meant to merely be a cathartic rant has become something I’m much more proud of; it’s a story of remembering that people are people. We aren’t all callous, and when we cause each other grief we generally do care. Those people who make the movies you love — or love to hate — aren’t above you, they’re just as susceptible to be put in bad situations as you are. The proof is in front of my home on a weekly basis. The problem is the people who don’t deal with this personally, who don’t see the people they inconvenience. In the end, lots of people end of being frustrated by an industry that, for all its apparent glamor, is slow, tedious, and trifling.

Despite all this, I think I could’ve forgiven them if I had been offered some ice cream, though.

Vampire High is the worst show ever

While I was in New York I did many exciting things, like eating and drinking and riding the subway. Most exciting of all, though, my friend and I watched a show: Vampire High — which is the worst show ever.

END_OF_DOCUMENT_TOKEN_TO_BE_REPLACED

(Did you like that pun I opened up with? No? Too bad!)

Yesterday I saw two James Bond movies at a local theater, Goldfinger and Dr. No. While watching these movies, I realized a few things, and that is that all James Bond and spy movies in general need 7 (well, sometimes 6) things to be successful. I want to catalog these out because I’m the reboot of Captain Obvious.