And the Winner is… The Fat, Gay Slob?

Recently, one of my favorite comedy shows, Happy Endings, ended (unhappily, hahahaha PUN). This was a sitcom kind of in the vein of Friends, only I like it more. One of the best parts of Happy Endings is a certain character, Max Blum (Adam Pally). He’s a loveable curmudgeon who is chubby, hairy, and dirty, eats and sleeps most all of his days away, hates committing to relationships, and has no work ethic. Max is a slightly unusual character with all of this, but what makes him completely unique is that he also happens to be gay. In fact, Max is probably the single best gay guy I’ve ever seen in a show (not to mention one of the funniest characters), and it’s because he has such a huge list of vices.

You might think that me pointing to Max as the best gay character is preposterous, as he’s not even necessarily a good character with all of these flaws. You might say, “But there are so many other shows with better representations of gay men!”

There are, after all, many, more positive portrayals of homosexual men. You have Will and Grace, a show with two gay protagonists, where both are relatively successful, witty, well kempt, and fit. Will is masculine enough, and the other gay lead, Jack, is a sassy diva. The current gay comedy dream team, Modern Family, where Mitch is a successful lawyer and Cam is the stay at home dad. Both are witty, fashionable, and urbane. Again, Mitch is somewhat masculine (though still very effeminate) , and Cam is more of a sassy diva. Another show that only had a one season run in 2012-2013 was The New Normal, which is… Surprisingly similar. Both are clean, fit, and well educated. One is a masculine doctor, and the other is a sassy diva who is a producer for a musical TV show. There were also similar gay characters on Partners, but that was pretty bad so I didn’t pay attention.

All of these characters are very similar — they have good comebacks, and are intelligent, funny, clean, successful, kind, fit (generally), and metropolitan — but they’re all similar in good ways, really. Each pair follows a very similar trope, where one is vaguely masculine and one is vaguely effeminate, though both end up just being vaguely androgynous (which is not a problem). Their only flaws are also shared, being that they gossip a bit too much. That, admittedly, makes them pretty great, if a bit too similar. Shouldn’t I be praising Mitch, the lawyer, or Cam, the man who would sacrifice anything for his partner or child? After all, many gay people themselves have embraced the characters as being what people should look to when they think of LGBT people!

Greg, what is wrong with you?! 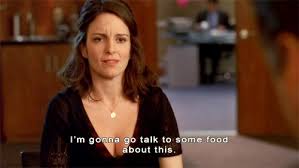 Max is empowering — more empowering than any of these other characters — in the same way that Liz Lemon, Tina Fey’s character on 30 Rock, is considered empowering: both, while they have some redeemable traits, also have many, many unique flaws. Liz Lemon is successful and attractive, but she’s afraid of commitment, is not afraid of devious action (including going to the AA meeting of the guy she likes to hear his secrets and using her power to create a fake job for a pregnant teenager as a ploy to get the baby), and is addicted to hotdogs.

What makes them both, somehow, role models, is that they are unique. Let’s get one thing straight: stereotypes are inherently bad — even if the traits that are pointed to are positive — because they create a narrow expectation of what is appropriate. It’s like how making a huge amount of  Black characters in movies the wise, friendly person who offers white people life advice doesn’t empower Black people; it makes it seem like there’s only one appropriate way for Black people to interact with white people. The same is true when you say that gay men need to dress well, be witty, and know the trendiest spots if they want to to earn a place on prime time TV.

Max is a character with just as many (if not more) bad traits as good ones, what with being chubby, lazy, moody, overly competitive, slovenly, insecure, afraid of commitment, etc. Surprisingly enough, this makes him an amazing gay character because he’s not at all what you expect from a gay character; he’s unique, and he breaks the mold from pretty much every homosexual in mainstream TV. Max’s faults end up being even more empowering for me, as a gay man, than any “positive” stereotypes from other gay characters.

It isn’t really acceptance to say, “I accept you as long as you fit into this box.” A box is, by definition, confining. In movements that are about embracing sexual/ethnic/gender diversity, shouldn’t there be just as much of an emphasis on embracing physical/mental/psychological diversity? The answer is, to put it as simply as possible, “Yes.”