Vampire High is the worst show ever

While I was in New York I did many exciting things, like eating and drinking and riding the subway. Most exciting of all, though, my friend and I watched a show: Vampire High — which is the worst show ever.

The first thing to know about Vampire High is that it only lasted one season. Everything vampires touch seem to sparkle as much as Edward Cullen, only instead of gleaming like glitter-covered fairies at a gay pride parade, Vampires have a Midas touch, making the writers and executives rich beyond reason all thanks to these sexy, brooding undead. Yes, Vampire High, being made in 2000, came before the mega-success of Twilight in any form and the slightly less successful but equally awful TV show The Vampire Diaries — though, if you’ll remember, I actually do think The Vampire Diaries is good for something. However, it still came while those cold blooded — technically they’re just no blooded, I guess — vampires were steamy and sexy, being released two years after the original Blade and 9 years after The Vampire Diaries books — both of which drove teenagers wild when Stephenie Meyers was still learning how to be a good Mormon at Brigham Young University. What I’m saying is simple: by all accounts, Vampire High was poised to make a killing off angsty, hormonal teenagers across North America, yet it flopped.

You should’ve seen me back when I had to wear clothing made from muskox year round.

I suppose the biggest problem preventing Vampire High from being the “OMG, like, great show” that The Vampire Diaries is is that it was made in Canada. Really, CANADIAN vampires? That makes no sense. Everyone knows that Canadians are NOT sexy until they move to America. I’m lookin’ at you, Avril Lavigne and Celine Dion. Secondly, Vampires living in the Frozen North? That is just dumb! They need to be south of the northern border, otherwise they’d just freeze to undeath! Again! Or something.

Despite this major flaw, though, Vampire High might just have been the spark that caused the vampire bonfire to turn into the paranormal wildfire that Twilight was. The fact it was not the catalyst for this cultural revolution points to a disturbing fact: Vampire High is so awful that even people who think Stephenie Meyer is “for totes” better than Shakespeare thought it was an awful show.

That’s the most terrifying thing I’ve ever heard.

Vampire High is the story of a boarding school set in some mysterious place (perhaps Ontario!?!?!?) that is home to a lot of normal kids and also five vampires who are taught at night how to control their urges. The kids at the school are pretty boring and mundane cliches, like the needy, depressed female protagonist and her angry ex-boyfriend, and the five vampires are equally boring cliches: they are the moody, brooding male protagonist, the angry male vampire, the cute, insightful lady vampire, the jock vampire, and the sultry, jail bait vampire temptress. There are also apparently some magic people but I couldn’t force myself to watch that long. 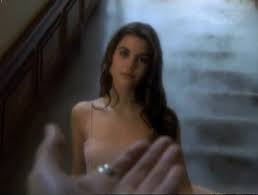 I’d like to say that half the reason those brooding vampire guys like these needy girls so much is because those girls look like they have really delicious blood.

Can I just stop for a moment and ask why it seems that all shows and books about vampire romance involve the guy being the broody vampire and the girl being a bag of neediness? I’d say I’m going to make it my life goal to spice up the “Teenage Paranormal Romance” genre but, let’s be honest, I don’t care that much.

Besides the boring teenagers there’s the school’s headmaster who never seems to sleep, as he runs the school by day and helps the vampires by night. I hope he’s not as obsessed with “relationships” as the kids because that’d be awkward. He explains the reason that the vampire teens are there is so that they can learn to control their urges or something — I was more interested in my food than the plot at this point.

Here’s a synopsis of one episode midway through the series as explained on Wikipedia: “When Drew flunks Murdoch’s latest blood-lust test, he’s more determined than ever to prove his teacher wrong, and decides to use Sherry as his own personal testing subject. Meanwhile, Sherry helps Mimi struggle with being accused of cheating on a test.” Doesn’t that sound just grand?

If the plot didn’t make you want to watch this show then the acting probably won’t either: Robert Pattinson and Kristin Stewart could actually teach these kids something. Hired for their talents they were not. These are people who were chosen because they’re vaguely attractive in a Canadian way. It’s difficult to describe the acting abilities of these people but the best I can say is I’ve worked at a children’s theater for 6 years and I still have rarely seen such unconvincing performances. 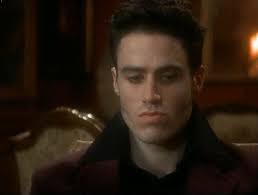 Seeing a show that is so bad that the members of Team Edward and Team Jacob don’t even want to watch it is a terrifying experience. But, as always, I will end on a positive note by THANKING [deity or whatever of your choice] that this show wasn’t successful despite being so painful to watch, thus proving there is indeed hope for our society, even if it’s still pretty bleak.